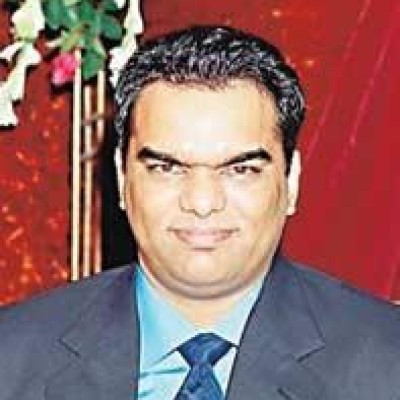 Ehde Wafa Episode 2 – It’s Boys versus Girls Out There!

Ehde Wafa : Good Things Come To Those Who Wait! Hum TV’s Ehde Wafa enters its second week with another episode that continues from where the last one left. We see more of the girls and guys, what are their traits and their characteristics. However, proper bad acting from nonprofessional actors gives the feeling of […]
Omair Alavi
337
0

Ehde Wafa Episode 1 introduces the colorful characters In an era of depressing dramas and sickening soaps, Saife Hasan’s Ehde Wafa comes as a breath of fresh air. Although Ehde Wafa Episode 1 deals with the introduction to most of the characters, it is done in a way that others should learn from. There is no bad […]
Omair Alavi
510
2

Hum TV’s Inkaar Ends With A Bang, Raising The Bar!

Not many drama serials in recent years have left an impact on the audience’s minds like Hum TV’s Inkaar. Zafar Mairaj’s script and Kashif Nisar’s direction made the audience wait for the play on Mondays, wondering whether justice will prevail or not. Thankfully, it ended on a positive note but not before shocking the audience […]
Omair Alavi
47
1

Tensions High As Inkaar Episode 22 Takes One Step Closer To Resolution Inkaar Episode 22 may begin on a positive note for the bad guys but ends with the ball in the good guys’ court. Hum TV’s drama Inkaar moves towards its conclusion with its latest episode where things take the right turn. In the […]
Omair Alavi
83
1

Inkaar Episode 21 – Things Are Moving Towards A Thrilling Finale

Inkaar Episode 21 gives every character a chance to take the story forward Until Inkaar Episode 21, the drama was banking on the main leads with the occasional shift to the veterans. However, from this episode onwards, the focus seems to have shifted. In Inkaar Episode 21, Hajra’s brother is as much important to the […]
Omair Alavi
85
0

Inkaar Episode 19 & 20 Keep The Audience Glued To Their Seats The last two episodes of Hum TV’s Inkaar have come across as way too powerful for both the audience and the performers. The story shifts to a different mood after Rehan Chaudhary’s release from custody. Since there is no Gullu Baadshah to look […]
Omair Alavi
83
0

Inkaar Episode 17 has all the ingredients of a classic drama Ever since Gullu Baadshah (Iftikhar Iffi) re-entered Inkaar, the drama went from good to best. In the final moments of the 17th episode, Gullu Baadshah’s character met his death in a fake encounter and left us all sad. This development changes everything in the […]
Omair Alavi
106
0

Good things come to those who wait and Inkaar Episode 16 is too good to ignore If you want to see the combination of brilliance and excellence together, watch Inkaar Episode 16 on Hum TV. Zafar Mairaj’s writing skills and Kashif Nisar’s amazing direction bring you an episode where the pendulum keeps on shifting from […]
Omair Alavi
95
0

Imran Ashraf delivers his most explosive performance in Inkaar Episode 15 It wouldn’t be incorrect to say that Imran Ashraf’s Rehan Chaudhary has now taken over Inkaar. The 15th episode belongs to the actor whose character overshadows all those in the drama, be it the heroic Shayan (Sami Khan) or the wronged Hajra (Yumna Zaidi). […]
Omair Alavi
94
0